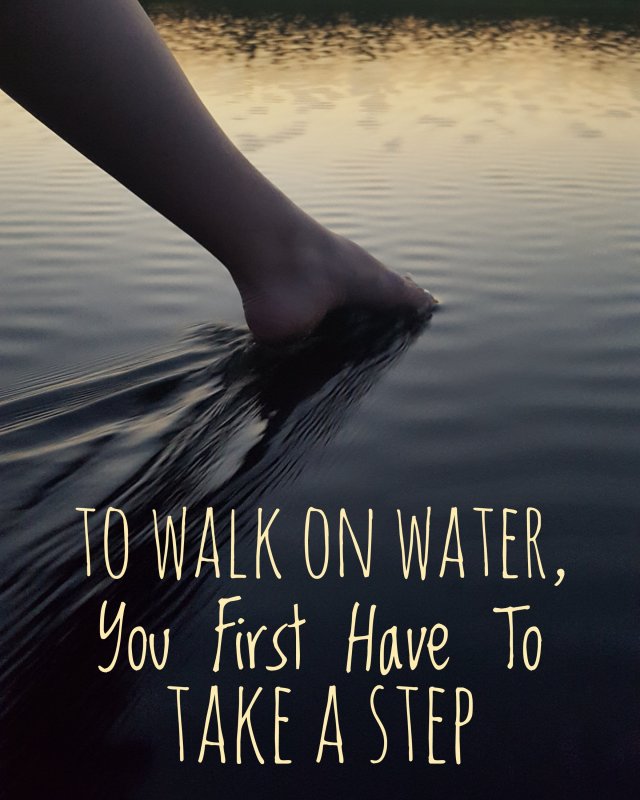 Recently, I’ve spoken to several people about a rather famous ‘F word’ that has infused our culture. It’s a word that has caused Preachers to preach, social media to blow up, and prescription companies to make billions! FEAR! I hate that four letter word!

Fear has always been ‘a thing’. From friends afraid of signing up for a tough, challenging race, to plots in movies. Remember, “Back To The Future”, when fear almost kept George McFly from asking Loraine to the “Enchantment Under The Sea” Prom. To music, with lyrics like “Fear is a Liar”, “My fear doesn’t stand a chance, when I stand in your love…”, and “Fear No More”. But, it’s nothing new. Fear itself has been around for a long, long, time.

In the Bible, I think about a guy named Peter. If you don’t know the story, let me share it with you. In Matthew 14:25-31 it says, “Shortly before dawn Jesus went out to them, walking on the lake. When the disciples saw him walking on the lake, they were terrified. “It’s a ghost,” they said, and cried out in fear. But Jesus immediately said to them: “Take courage! It is I. Don’t be afraid. “Lord, if it’s you,” Peter replied, “tell me to come to you on the water.” “Come,” he said. Then Peter got down out of the boat, walked on the water and came toward Jesus. But when he saw the wind, he was afraid and, beginning to sink, cried out, “Lord, save me!” Immediately Jesus reached out his hand and caught him. “You of little faith,” he said, “why did you doubt?”

It’s easy to read this and think, ‘What was Peter afraid of? Jesus was right there!” But, let’s break it down. These people, the Disciples, were already in fear. So, when Jesus said, ‘don’t be afraid’, Peter had to actually take a step out of his comfort zone, the boat. So, he did. He pushed fear aside and was WALKING ON WATER, with a storm surrounding him. Wow!

That said, despite the storm, what was the one thing that caused him to sink? FEAR! He was afraid. Fear changed him. But, as soon as Peter realized what was happening he cried out, “Lord Save Me!” I love the next word, ‘immediately’. Jesus immediately reached out his hand and caught him.

I don’t know what you’re fearing today. Maybe it’s the fear of trying something new. Or, the fear of losing a job, or a relationship. But remember, “FEAR is a liar!” Say it aloud. FEAR IS A LIAR!

Think about what’s holding you back, push fear aside, and take a step. Sign up for a new race. Be George McFly and ask Lorraine to Prom. Go be that guy named Peter. Step into something you’ve been afraid to tackle. For God has not given us a spirit of fear and timidity, but of power, love, and self-control. (2 Timothy 1:7)

Together, let’s we run by faith, and put an end to that dreaded F word!